One of the oldest cities in the world, Jericho contains some of the world's most important historic sites. For example, the uncovered human settlements and the Oldest Walled Town, including a 7-meter high defense tower, are remarkable proof of that history with much of the sites dating back to 10,000 BC. 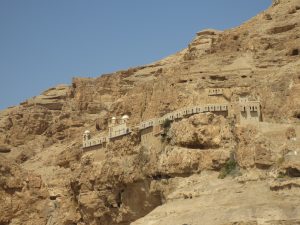 Jericho is 35 kilometers away from Jerusalem, right next to the Jordan river, which separates the West Bank from Jordan. It is located 260 meters (853 feet) below sea level thereby making it the lowest inhabited place on earth. Also known as the “City of Palms”, it is a perfect location for agriculture with citrus fruits, bananas and dates being most famous for Jericho. 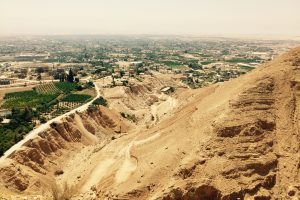 The Dead Sea is at the heart of the Jericho area located 430 meters below sea level. It has the saltiest water on earth with the salt concentration 7 times higher than the one of other oceans. The soil with its minerals and salt is considered particularly healthy for people with allergies and skin diseases. As a Palestinian, the Dead Sea can rarely be visited, as Israeli soldiers control access to it, but for foreigners it is no problem at all. 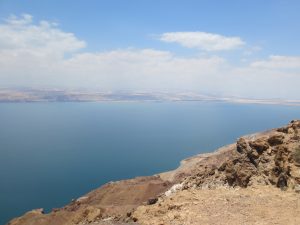 Jericho is extremely important to Palestinians as it is the only access point to the rest of the world via Jordan to the East of the Westbank. No Palestinian can leave Palestine to go abroad from any other point other than Jericho. The daily mood of an Israeli soldier decides whether a Palestinian can travel to other parts of the world or not.

Come and see  beautiful Jericho with its significant history from more than 10.000 years ago – Ancient Jericho (Tel Essultan), Hisham’s Palace, Monastery of Temptation, Tomb of Prophet Moses (Nabi Musa). You will experience an atmosphere along the Jordan River and the large areas of palm plantations that you will never forget.