The tale of a place. A city named after the prophet Ibrahim / Abraham whose name is embodied by its people. It is over six thousand years old. Its breeze spreads spiritual fragrance that touch the hearts of those who walk its paths. Its landmarks cling to eyes like innocent eye drops that reveal a spectrum of rainbow colors in the horizon drawing the image of a city known as the good friend of the All-Merciful. 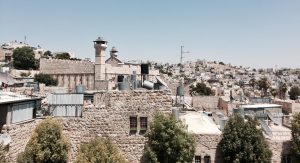 This is Hebron (Arabic: Al-Khalil). It has become an important touristic and religious destination in Palestine as it hosts the Ibrahimi Mosque, the Old City and many historical and religious sites.

However, despite those bright prospects, Hebron, more than any other Palestinian city, suffers from the practices of the Israeli occupation and settlers. Israel controls the heart of the city, the Old City, where around 459 shops were shut down permanently by the Israeli military. 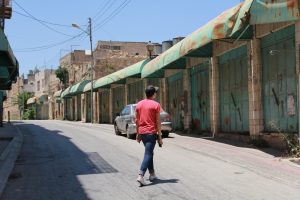 But despite all this suffering, Hebron has maintained its cultural heritage proving that it is a distinctive industrial, commercial and tourism center. In Hebron, alleys are always lively and packed with different activities. 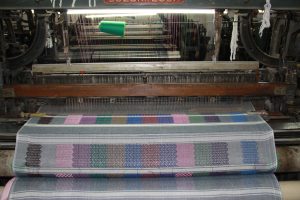 Hebron is the city where no one sleeps hungry thanks to its famous hospice (Tekkiye) and the generosity of its people. The city was once named as the “fortress of the national Palestinian economy” by the former president Yasser Arafat. It is famous for its keffiyeh (traditional Palestinian scarves) production, the unique ceramics manufacturing and the high-quality marble stones also known as the “white oil”.

My name is Ehab. My family has a long tradition in Hebron. I love my hometown, but it makes me sad to witness the daily oppression and humiliation of my fellow Palestinians. Come and visit me in Hebron and I will share what it is really like to live under occupation.